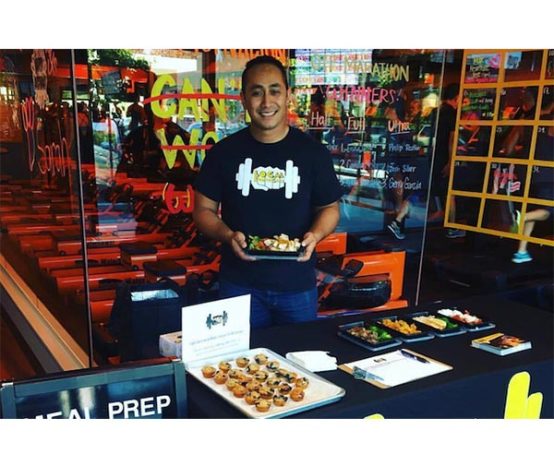 How a Disease Gave Me Purpose 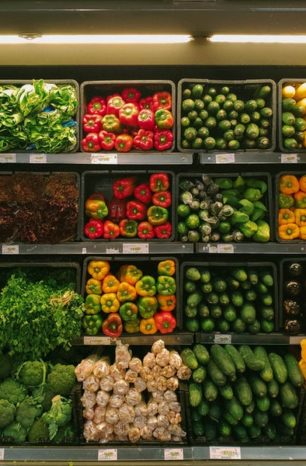 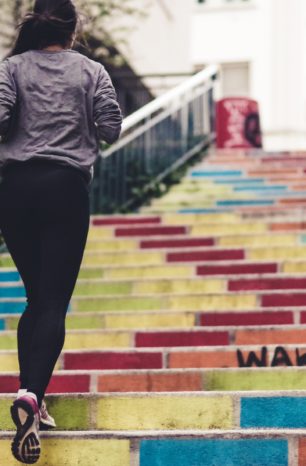 3 Tips To Get Yourself Back In The Game 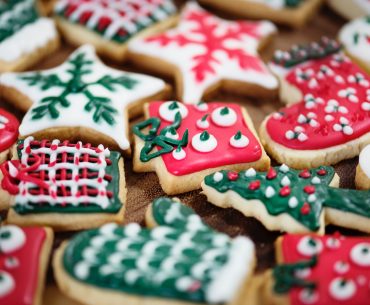 3 Tools to Eat Mindfully During the Holidays 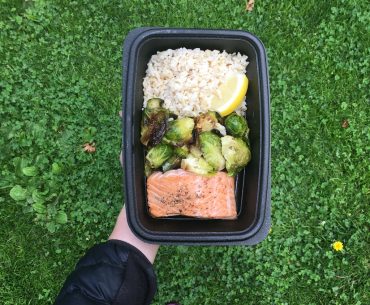 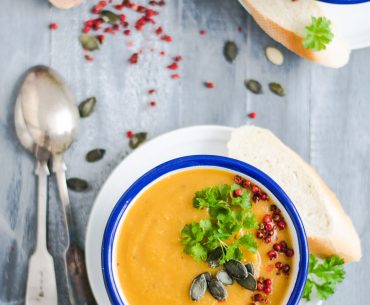 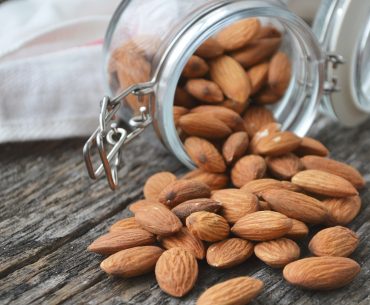 What is this Keto diet all about?

1992 – As a 6 year-old kid growing up in Nepal, I  contracted a disease called Neuro-cysticercosis.

Neuro-cysticercosis is literally worms in the brain.

Cysticercosis is a tissue infection caused by a young form of tape worm cyst caused by ingesting undercooked pork. Neurocysticercosis affects the brain.

During a gathering at home, I unknowingly ate some undercooked barbecued pork that was contaminated with a tape worm cyst.

I was a normal, fun-loving boy, who always had a smile on his face. Out of nowhere, I turned gravely ill in a matter of days. Symptoms included vomiting, diarrhea, high fever, and extreme fatigue. The worst symptom of all, however, were the periodic epilepsy-like seizures. During an episode, my hands would convulse and shake violently until someone held me down. All I could do was cry in anguish and even at that age, I remember thinking that that was the end of me.

Within a few days of my symptoms manifesting, the doctors determined that it would be best if I was taken to Thailand for treatment because they just did not have the medical services in Nepal to treat my condition. Fortunately, my dad had the resources to take me out of the country to get treated immediately.

I was admitted in a Bangkok hospital for what felt like months. My parents were worried sick and to this day, my mom still tells me how my dad’s hair turned white overnight because of how anxious he felt while we were there. I remember nurses and doctors visiting my hospital room every morning to draw blood or to inject me with some medication. EKGs were a usual thing and I  had become accustomed to living in the hospital. I also remember they performed a lumbar puncture procedure, the pain from which, I will never forget.

My prescription drugs included heavy doses of anti-psychotic drugs that were used to prevent seizures. Those drugs treat you by altering how the chemistry of your brain works. It took a while for the medicine to start working and as part of my prescription routine, I took those drugs for over 3 years.

Eventually, after what seemed like a lifetime of suffering, the combination of medical procedures and strong drugs started working. I started getting better. We visited hospitals in Thailand for follow-ups once a  year for over 5 years. Over time, the seizures stopped and I was eventually cured.

As expected, the drugs I took for so many years had side-effects. While on them, my mind was cloudy and was confused most the time. Even though my parents put me back in school for some sense of normalcy, I would spend most of my days day-dreaming. All I wanted to do was sleep and eat, and to no one’s surprise, I ended up putting on a lot of weight. As the years went on and I eventually cycled out of all the drugs, I had gone from a scrawny little kid to an obese adolescent.

Unfortunately, because of that, I struggled with weight management most of life. It felt like I had given up one fight for another. Often taunted and teased at school, I became determined to find a way to get my health under control. At the time, there was not a lot of information on weight management and dieting. There was, as it is now, a lot of conflicting information of what was healthy and what was not. Out of worry for my health, my dad often forced me to drink water before a meal and eat less. This made me develop a bad relationship with food. I tried everything from crash dieting, liquid dieting, Atkins, and a lot more during my teen years. Trying many diets and falling off of them throughout the years caused my body weight to constantly fluctuate without achieving long terms success, which further ruined my relationship with food. Needless to say it wasn’t healthy.

2006 – The 19 year-old me moved to California to pursue a degree in Business. By that time, access to the internet and information on diet and exercise methodologies had become much more accessible. After researching many topics online, I got into working out and meal-prepping to manage my health. I became particularly enthralled by how bodybuilders used diet methodologies to control their body composition. I made great strides, lost 40 lbs, and to became the healthiest version of myself.

I was still struggling to maintain that lifestyle though. As a broke college student, I wished there was a way for me to stay healthy without having to put in so much money, time and effort. Naturally, because of what I had been through all my life I was determined to stay healthy and aspired to help others like me someday.

At the time, the concept of meal-prepping healthy meals had started gaining popularity but no one thought of it as a viable business model.

2011-2013 –  Fresh out of college, I worked a corporate job in accounting and finance. I also realized how hard it was to stay healthy while working a 9-5 job. Corporate America is addicted to sugar, coffee, and carbs. A lot of carbs. I found it increasingly difficult to manage a healthy lifestyle and have good work-life balance. The struggles with my weight and health continued.

Until this time, I didn’t realize I had become the cliché example of a person who would try a new diet every year, who was stuck in this vicious cycle of trying and failing every few years. I would try something new, get results, and then gain all the weight back once I stopped doing what I did to gain those results.

What I learned about living healthy – Every few years a different method gains popularity because it is what is sold. After many years of trying different diets, failing, and still struggling with my relationship with food, I took some time to reflect on my journey and listened to industry professionals who weren’t peddling any diets or products.

Here is the best advice I ever got on food and diet – The best diet is the one that you can stick to forever. Of course, most diets work, but you can’t stick to one forever. Caloric restriction is the only thing that all diets have in common, so instead of looking at certain diets as an all encompassing solution, you have to change your perspective and look at them as tools you can use to achieve a specific goal. That’s all. This simple advice really changed the way I looked at food and helped me tremendously.

2014 – The birth of Local Foodz-It started with a conversation between two of my close friends (who are now co-founders of Local Foodz) that led to an epiphany. I was complaining about the state of my unhealthy lifestyle and about not being able to get my meal-prepping done before my week started, when one of them said, “imagine how many people have the same problem.” That instant, we realized that it was a universal problem. Immediately following the conversation, we decided that starting a “meal prep” company was an idea we wanted to pursue. The idea aligned perfectly with our personal goals. It not only worked as a business model, it helped people achieve their health and fitness goals, something I was really passionate about. Our conviction about the business idea was further strengthened by the strong response we got from a local fitness industry professional who immediately referred people our way. We earned our first customers even before we officially started the business. Further still, my partners and I had the complimentary skill-set to get this project off the ground. Now, we’re on our 5th year of operations.

Before Local Foodz, I just wasn’t passionate and driven about what I was doing. I always felt something missing. That was, as I would later come to realize, a sense of purpose.

It felt like the stars aligned the day we started Local Foodz. Everything that I’d been through all my life culminated in that one moment and I realized that I found my purpose. In that moment, I realized that everything I had been through was so that I could use what I had learned, professionally and otherwise,  to build something that would help people become healthier in every way. After all, if you don’t have your health, you don’t have anything. It’s a worthy cause.

Looking back, I can’t imagine where I would be now if I never went through what I did. I am very passionate about what I do at Local Foodz because what I went through. In a way, the disease, the suffering, and the challenges all helped me determine what my purpose is today. If it wasn’t for that, I’d probably still be pushing paper somewhere. 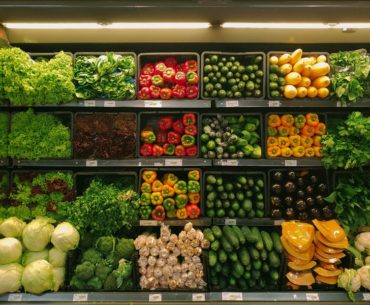 Have you been interested in trying “Keto” for some time? It can be overwhelming when shopping for certain foods to fit within a new diet such… 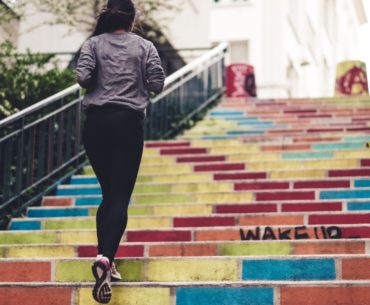 3 Tips To Get Yourself Back In The Game

Happy New Year! Now that we have enjoyed some eggnog, pecan pie and sipped on a few too many cocktails, it’s time to start…

3 Tools to Eat Mindfully During the Holidays

This is the time of year where we are surrounded by comfort foods, sugar cookies, & spiced punch! It’s important to stick with fresh…

Are you struggling to lose weight? If so, you aren’t alone! Trying to figure out what you should be eating and how much can…

With fall in the air, it’s the perfect time to make a hearty & flavorful soup! Have you ever wanted to make a butternut…

What is this Keto diet all about?

Feeling overwhelmed with all the information out there? If so, keep on reading! What if i told you that you could eat cheese, some bacon, avocado,… 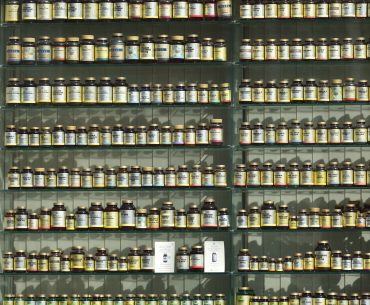 5 Supplements you need to know about!

It can be a struggle to choose the right supplements for your body when starting your fitness & health journey. It’s important that you talk…